Today we're continuing Indie Author Week (which has bled into a second week...and I couldn't be happier!) with one of my favorite independent authors, Chelsea Lauren! 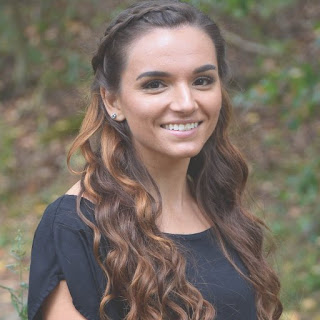 Chelsea is a new-adult and young-adult novelist whose books often focus on characters who identify as part of the LGBT+ community or characters struggling with addiction and/or mental illness. Through her blog, Chelsea promotes mental health advocacy, and acts as a self-care mentor. Her motto is, "Let's learn to love you!"

Check out my interview with Chelsea below!

Tell me about your books!


Underneath the Whiskey is a novel about a closeted gay man struggling to keep his
family and business afloat amidst an affair and alcohol addiction.

I have co-written a book with Brittany Evans. It's a partial own voice book called Simply an Enigma.

Julian and Quinn, two high school students, get coaxed into dating from a dare. Julian just wants to get his friends to stop pressuring him to get laid. Quinn wants to prove to her friends she doesn't just sleep around. Seemingly polar opposites, the two help each other discover what lies beneath the rumors everyone knows.

We've teamed up as a writing duo, @EvansandLauren on Twitter. We are working on another idea at the moment, and we plan to co-write a few more books together, but we both will also continue our separate writing careers!

Keep an eye out for Simply an Enigma this August!!

Tell me about your writing process! How do you come up with your ideas? Do you outline first? How do you approach your first draft?

Each story is different. 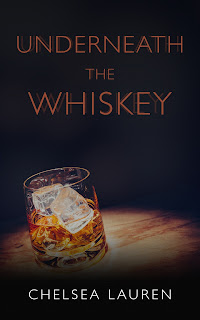 Underneath the Whiskey actually started as a screenplay for a school assignment, then when I turned it into a novel I wrote all the major scenes when I had inspiration and then sorted it all together at the end and wrote the connection scenes. I didn't do a ton of research until the end of the book which was the biggest mistake I could have done. Because that caused me to go back in and change things. The idea came from someone I knew, whose father was similar to Ben to an extent--however I took a lot of creative freedom.

For Simply an Enigma, since I was co-writing with Brittany Evans, the process was entirely different. We wrote in chronological order which frustrated my brain for quite some time until I got into the flow of it. I had to force myself to write the harder scenes when they arrived until pushing them off until the end. The inspiration for this book came from Brittany contacting me directly, telling me she wanted to write the book she always needed growing up, so I created a character going along with the story.

Often times, I have no control over the story ideas. They just come to me at full force and beg for my attention. Often, the character names come along too that I can't change them. Frustratingly so, my one WIP has MC's with similar names as two children I started babysitting for two weeks after I started writing the book. Luckily, by the time it's published, there will be enough time between jobs! But for this WIP, I outlined an INSANE amount before I began. Ironically, it's the book I'm stuck the most on. Maybe outlining extensively stunts my creativity.

What are your favorite parts of the writing process?

The absolute beginning! From the moment that an idea rushes into my mind and I start to sort through it all in my head to the moment I can start to type it all out. I rarely ever start writing from the beginning of the book though. So it's starting with the climax that excites me the most.

What advice do you have for other writers trying to survive the process of revision right now?

Take breaks. Take time for yourself. Close your laptop or put the papers away and distract yourself with something completely different if you're overwhelmed. Don't try and rush it because you'll make mistakes and you'll end up doing twice the work. Yes, you may have a deadline, but the most important is that you're taking care of yourself. Deadlines can ALWAYS be rescheduled. And if someone tells you they can't, simply let them know that putting your well-being first is most important.

Also, take things a few pages at a time. Use a reward system if you need to. Read it out loud to yourself. You'll often catch more by reading out loud. Or have your document read it to you. I swear by this!

When did you first discover your love of writing?

I was in middle school around 12 years old. I was having these vivid dreams that would keep me up half the night. I remember having a conversation with my mom in the middle of the night once asking her why I couldn't sleep. She told me that she often created stories in her head and then she'd fall asleep. But I told her the stories were the reason I was staying awake. So she suggested I wrote them down. It was the first time I had actually considered that I could be a writer. For some reason, authors seemed entirely out of reach--fictional even--that I never considered it as something someone like me could do. And as soon as I opened the door, the words just kept flooding out of me, to the point it became a terrible distraction in school. And the rest is history!

Meeting people, learning different stories, reading the news, going for walks or people watching. Reading as well. Reading is absolutely massive. A lot of the novels I read for research for Underneath the Whiskey are what inspired me to write a WIP of mine. I'm a true believer in the fact that you can't be a writer if you don't like to read.

What are some strategies you use when you're out of ideas or struggling to find motivation?

Step away from it all. Read a ton of books, maybe even in different genres. Or maybe all in the genre you like to write. Don't force the ideas. Just consume yourself with other creative things. Maybe watch movies or videos. Listen to podcasts. Talk to others. The ideas will come to you when you're ready.

If you're already working on a project and are struggling to find motivation for that project, ask yourself if it's something you think you can work on now. Do you think there's a reason that there is no motivation? Are you too stressed in other aspects of your life? Is this project a good project but maybe you aren't in the place to write it yet? Or are you just procrastinating? If you're procrastinating, start with small word counts. Have yourself sit down to write 100 words, then 500 words, then up it to 1000 words. Sometimes if we set too high of goals for ourselves, it keeps us from wanting to start something because we're afraid of failing that goal.

What are your goals for the future? What are some projects you're working on? What's next?

Simply an Enigma will be published this summer. Another WIP is The Life Project (title pending), which I hope to revise over the summer and have published by the holiday season. That's a YA novel too.

I hope to be able to start another WIP too, but as of now, the ideas are slim. But I like to believe it's because my brain knows I don't have time at the moment. There is a possible sequel to Underneath the Whiskey in the works as well!


You can find Chelsea on Twitter here and on Instagram here. If you're interested in signed copies of any of her books, or any book merch, check out this site! (I highly recommend the Isabella's Coffee mug!)

What were your thoughts on Independent Author Week? Were there any topics you'd like to see me cover that I didn't get to? Are you an indie author? Would you like me to feature you on this blog? Whatever your answers are, let me know in the comments below! 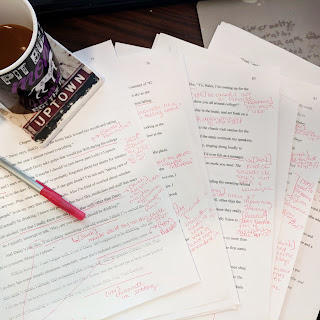