As many of you know, June is pride month for the LGBT+ community. In Chicago, that means the pride parade, which means lots of rainbow-painted drunk people clogging up the red line and filling Lakeview with glitter. (I will be one of them. Chewie probably will be too. I mean, he won't be drunk. Or a person. But he will most likely be at the pride parade showing his support in a rainbow bandanna.)

So I want to do a few posts this month that deal with that! I think it's so, so wonderful that we live in a time when we can celebrate being proud of who we are!

I also wanted to do some self reflection, though. Because for some weird reason I can't quite understand, I feel nervous while I'm writing this. My heart rate is more elevated than it is when I work out. I'm sure part of that is the 30-something ounces of coffee I've had over the course of the day, but maybe it's something else too.

Maybe part of it's that I feel guilty. I'm guilty because I finally just came out this past October, at the age of 24, after already being engaged to a man for a year. I guess it makes me feel kind of like a wimp.

I have suspected that I was bisexual since I was around 13 years old. The first time I had a crush on another girl, I was nine. I recently wrote a poem about it, actually. About how I used to write her name in hearts in my 90s Barbie journal. Maybe I'll share it one day. I don't know. I'm not very good at poetry, even though I sometimes teach it.

In high school, I was your typical manic pixie dream girl drowning in internalized misogyny. (You know. Girls who dress super quirky and are like, "I'm not like other girls!" Yeah, I get nauseous just remembering it.) And I guess part of that was not being ready to admit that I was attracted to other girls. That, plus I had a long-term boyfriend in high school, and it felt almost unfaithful to feel attraction to other people. (I have since learned that that's silly. Everybody who doesn't already know this, listen to me! When you're in a relationship, you can still feel attracted to other people! Just use your self-control and don't act on it! I mean, unless your partner's okay with that. It took me ridiculously long to understand that.)

And then for some reason I still don't understand, I still wasn't ready to admit it in college, when I spent a decent amount of time making out with other girls and going to the gay bar.

The thing is, I'd been vocally supporting LGBT rights since middle school. I was very loud about the need to legalize gay marriage everywhere. I was very loud about treating people equally. I painted my nails rainbow for pride month every year, I participated in the Day of Silence at school, and I ran fundraisers for our high school gay-straight alliance.

So I just keep being like...what took me so long??

By the time I felt confident in admitting to myself that I was bisexual, I was 22 years old, and back together with the same long-term boyfriend I'd had in high school. At that point, it kind of hit me that coming out was something I'd forgotten to do.

And then I realized, I must be in a pretty privileged position if I can just forget to come out. So then I kind of felt like I didn't deserve to, because I was engaged to a man, and was pretty much settled into a heterosexual relationship for the rest of my life. I was never going to face any kind of opposition for my relationship, so what did it matter if I told people? Why bother telling anyone, when people who were actually struggling actually needed to?

So then I got to last October, and it was #NationalComingOutDay, and I was like, maybe I should just do it already. I talked to my best friend (who is gay) about it, because I wanted to share the worries I had about looking stupid, since I was with a guy and didn't really have any practical reason I needed to do it. And she was just like, "This is your coming out post, so don't worry about other people so much!"

So I posted about it on Facebook. (That part makes me cringe too. Why did I do it on Facebook? Why not in person to anyone? I can be so lame sometimes.) And like 10 bazillion people liked my status, but nobody said anything to me about it. Maybe that's because no one was remotely surprised that this girl who sometimes used to dress like a dude, and didn't shave her legs, and didn't wear make up, and whose shoe collection was Doc Martens and Birkenstocks, and who liked getting tattoos, and who liked to go to gay bars, and who was part of queer women's groups in college, and who liked to make out with other girls--was actually into girls. What a surprise.

Anyway, this post is kind of pointless I guess. But I do want to send encouragement to people who, unlike me, are not in a long-term opposite-sex relationship. If you're struggling, feel free to hit me up anytime! And that while times are much better than they used to be, we still have a long way to go! 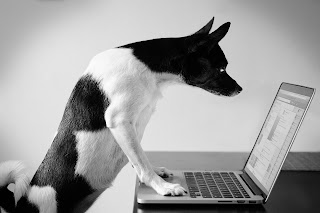