Skip to main content
Labels
Posted by savyleiser May 28, 2017

I’m an independent author. I’m not signed on with any agent or major publishing house; I just write books and put them out into the world. Sometimes I collaborate with designers and illustrators, but overall, the work is mine alone--meaning that promoting the work is also my responsibility. 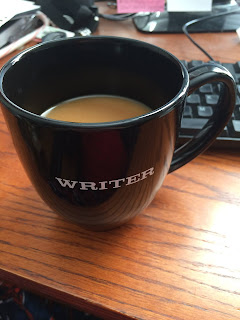 When I first decided to take the independent route, I was beyond excited. I could do my own art, even design some of my own covers if I wanted to! I got to decide what the final revision of my story looked like. I could have complete creative freedom on every aspect of every book. Why doesn’t everyone become an independent artist, I wondered?

Then, once my first book was out, it hit me: independent artists make almost no money. Really, that shouldn’t have been surprising. I kind of knew that all along, but I guess didn’t really acknowledge it until it was staring me in the face. Then, I learned that some bookstores and review journals will only accept works from certain major publishing houses. So, not only did I have to promote my own work, but the places where I was allowed to promote it were limited.

Over the past few years, I’ve come to really appreciate what independent artists do--whether we’re talking about authors, filmmakers, visual artists, musicians, or anyone else. We have a big uphill battle to overcome, all in the name of total creative freedom, of making our art without outside funding--it’s a noble goal, but a difficult one.

Still, I love being an indie author, and I love supporting other indie authors! My new independent series, The Furever Home Friends, was funded on Kickstarter, and will be released this August. Kickstarter was a great way to launch this project, since I was able to get a lot of pre-orders, get the word out there to all my friends and relatives, and get a lot of press in the local news. I got about 140 backers for this project, and have a few animal shelters interested in working with us. So independent projects can definitely be a success!

As you can probably tell, I’m big on supporting other independent artists! If you’re interested in finding awesome independent work and supporting the artists you love, here are my tips for you!

There are SO MANY independent books on Amazon! In part, that could be because Amazon owns an independent publishing company, CreateSpace. Amazon is a great place to find independent books! (Also, if you REALLY want to make an author smile, leave them a review on Amazon as well! Even if you didn’t like the book; a bad review is actually better than no review! It has to do with the algorithm.)

I only recently discovered Redbubble, and it’s because I’ve been following a lot of independent artists on Tumblr. Redbubble (along with similar sites like TeePublic and CafePress) allows artists to put their designs on different products, like T-shirts or mugs, which you can then buy.

Most of the shows I watch religiously are no longer on TV, or even on Netflix. I LOVE watching YouTube shows, though! YouTube is so great, because anyone can put their movie, show, vlog, or whatever else up there! And we can watch for free! I know this is all pretty basic stuff, but I’m still so excited about it. YouTubers can actually make pretty decent money from ads that play before their videos, so if you find a show you like, make sure to give it those views!

I didn’t know much about Kickstarter until a few months before I launched my own. But Kickstarter is one of the best places you can support independent content creators! I love looking through everyone’s projects, finding books/movies/products that look super cool, and then contributing, both so I can pre-order the product, and to help bring their project to life. Kickstarter’s such a great idea--how many times have you thought, “I’d love to create something, but I don’t have the money to get started”? (Maybe you have never thought that, but I think that about a million different project ideas every day.) So if you have enough people who want your product, you can get the money ahead of time so that you’re able to make it happen! If only capitalism ALWAYS worked that beautifully!

If you’re at a craft fair or a convention, buy art! As someone who’s exhibited at fairs and festivals, I can tell you that most artists pay a LOT for their table--they often have to sell a decent amount just to break even. I recently bought a butt-ton of art at C2E2 and now my walls are covered with pretty fan-made movie posters. Some of the most gorgeous independent art  you’ll ever find will be at festivals.

Give Money to Street Performers

If you carry cash on you, drop some money with people performing on the subway platform or the street corner. (If you like the music, I mean. No one’s asking you to pay for music you don’t want.) Nowadays, we’re so accustomed to not paying for music, that it’s one of the most difficult fields to break into. As a musician for most of my life, I’ll tell you that music is not easy. It takes ridiculous amounts of practice and perseverance, and I wasn’t even very good.

That’s my best advice for supporting independent artists all around you! It’s always easiest to find the books released by major publishers, or the big Hollywood blockbuster movies, but it’s often worth the extra effort to seek out independent work.

Does anyone have other advice for supporting indie artists?

If you’re an independent writer, artist, filmmaker, whatever, drop a link in the comments!